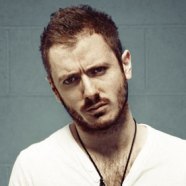 Waking up with Ollie Dabbous

Posted by The Singular Gourmet on June 20, 2012 in Recipes, Restaurants, Veggie | Leave a comment 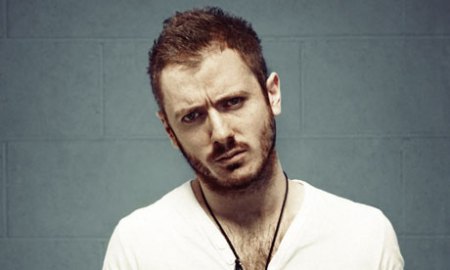 Ha! That got you to keep reading didn’t it? After my last “poor me” little posting you’re thinking, what a slut. There she is her beloved not 3 years departed and she’s gone for a younger and if possible prettier bloke.

Well If wishing made it so…because frankly when I met him I didn’t know whether to take him home, give him a bath and make sure he got a good night’s sleep or rip his bloody clothes off. Not that he’d be too keen on the latter let me say because although I’m definitely not old enough to be his mother, I am of an age to be the mother to the women he is looking to cop off with.

And here’s the next confession. I didn’t eat at Dabbous alone. That would just be selfish. I did however book a table without knowing who I was going to invite way back somewhere between Faye and Giles eulogising in their respective old-media blogs. And so I was in a position to offer up the 3 remaining places to those I felt were both worthy and appreciative in nature. Well, that goes for 2 of them. The third I just want to fall in love with me.

There is a load of nonsense talked about the route to a man’s heart being through his stomach. If that were true, I would have been married several times. There’s one thing no man that I’ve ever been in relationship can say and that is that he didn’t eat well. But still, on starting a new relationship I do try to seduce with my cooking. But this time, I thought no…let’s see if I can’t seduce through someone else’s cooking, and that was where the deliciously grubby young Dabbous enters the picture.

It has to be said the object of my affections had not heard of Dabbous. He’s not quite as obsessed as those of you who I’m hoping might be glancing at this lumpy prose right now. But he gamely said he’d come to join our merry band which included a big grown up proper restaurant reviewer of note and a jumbo publisher of tip-top foodsters of the million selling variety – gourmets both.

I’m not going to bang on about the food at Dabbous. Everything you’ve read by Messrs Coren, Maschler and Hayward is correct. It’s sublime and nothing I can say will add to that, but there was a moment during one dish when I really thought I was in there. It was the eggy thing….

It’s a gently scrambled or is it just coddled, egg mixed with smoked butter and wild mushrooms. Sounds simple (but for the eternal question, just how the hell do you smoke butter) yet it had a complexity and seductiveness that is rare in food on this earthly plane. The object of my affections seemed to concur as when he put a spoonful into his mouth he looked over at me and I swear it was the same look he had on his face..well, let me just say I had seen it before. And here’s the rub of course: It didn’t mean he loved me but he really loved Ollie’s eggs.

I have to say so did I. So much so that 2 days later I was still dreaming about them when I woke up (alone) on Saturday morning and thought I have to have them again. Now the next available table at Dabbous is next March and frankly, I just wasn’t willing to wait so I thought, hang it all, I’m going to have a bash myself. And do you know what, they weren’t half bad so here’s how I did it.

I am very lucky to have a sous vide machine courtesy of Sous Vide Supreme. It’s the greatest bit of kit I’ve ever owned after my microplane grater. I’d never made scrambled eggs in the SV but had been told it was a piece of piss. But do you know what? As long as you have a thermometer and a heavy based pan, any idiot could do this.

← Another bloody food blog…why? One is the lonliest number…until you have a sandwich →